They congratulate themselves for hating Trump while ignoring their own failures 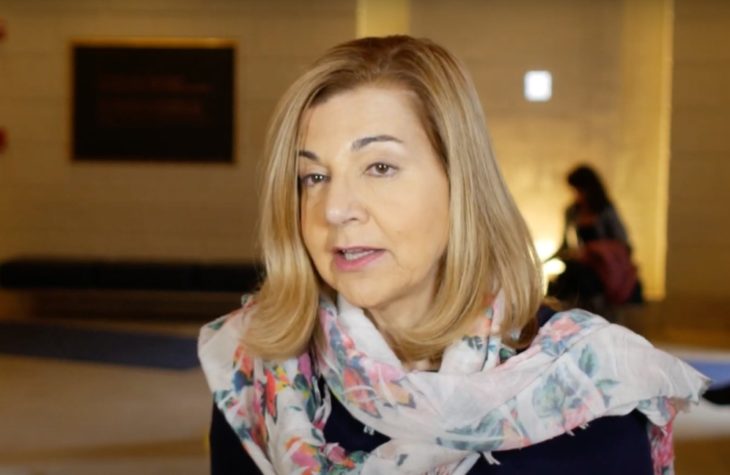 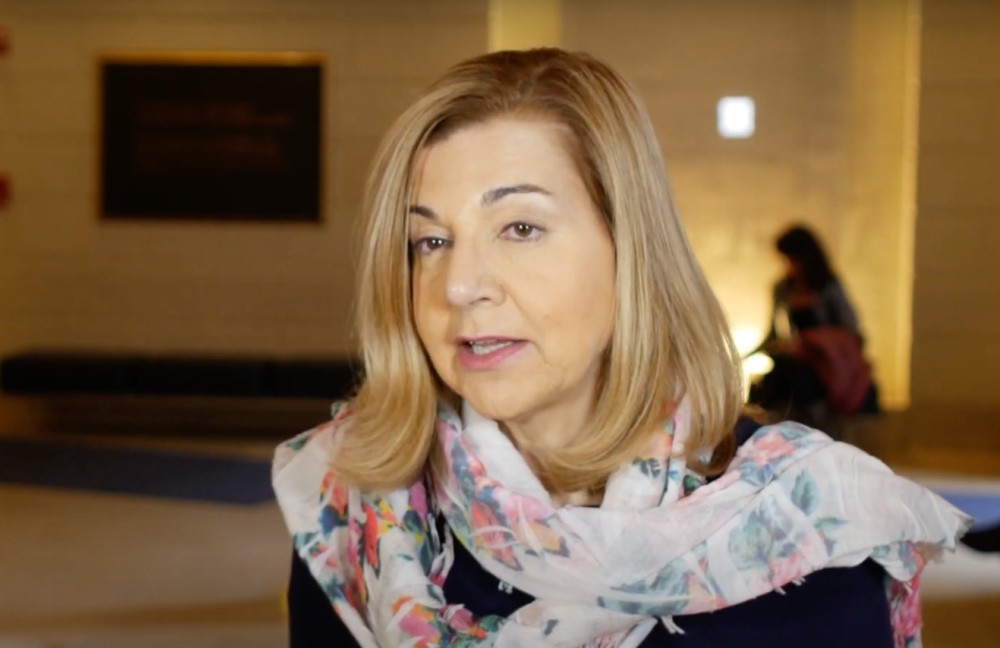 Washington Post media columnist Margaret Sullivan recently published her last column after six years with the paper and more than forty years in the newspaper industry. “My plans," she writes, "include teaching at Duke University and publishing a book this fall, both a personal memoir and a tell-all about what I’ve seen in my four decades in journalism.”

“Journalists are far less hesitant to use the blunt and clarifying word 'lie' to describe Trump’s false statements,” she applauds. The media have also “absorbed” the fact that Trump will never be...

Washington Post media columnist Margaret Sullivan recently published her last column after six years with the paper and more than forty years in the newspaper industry. “My plans,” she writes, “include teaching at Duke University and publishing a book this fall, both a personal memoir and a tell-all about what I’ve seen in my four decades in journalism.”

“Journalists are far less hesitant to use the blunt and clarifying word ‘lie’ to describe Trump’s false statements,” she applauds. The media have also “absorbed” the fact that Trump will never be a “responsible statesman” and that he is “dangerous.” They are forming “democracy teams or beats” to report on “insidious efforts to instill doubt in the public about legitimate voting results.” Sullivan urges journalists to be “dedicated truth-tellers, using clear language, plenty of context and thoughtful framing to get that truth across.”

I almost spewed my breakfast tea when I read that last one. Sullivan then went on to cite a recent comment by Edward Luce, associate editor of the Financial Times. Luce, you may remember, last month tweeted, “I’ve covered extremism and violent ideologies around the world over my career. Have never come across a political force more nihilistic, dangerous & contemptible than today’s Republicans. Nothing close.” Former CIA director General Michael Hayden, who should know a thing or two about extremism and violent ideologies, responded to Luce, “I agree.” (Sullivan liked that too.)

I can’t believe it even needs to be said, but whatever sins Republicans have committed in recent years (and I can think of a few), I don’t know how anyone, especially those as worldly as Luce and Hayden, can claim with a straight face that they rule the roost of “extremist and violent ideologies.” Is Luce actually claiming the GOP is worse than the Taliban, the Muslim Brotherhood, the Baathists, and the Tatmadaw? Is he suggesting a Republican-controlled government would be more violent than the regimes in Russia, China, North Korea, Venezuela, Cuba, Nicaragua, Sudan, Saudi Arabia, or, I don’t know, all the countries over the last ten years that have engaged in mass arrests or massacres of their own civilians? It’s not exactly a short list.

No wonder public trust in our media has reached historic lows, or that the Washington Post is slated to lose money this year. Sullivan waxes eloquent about the unparalleled nobility of her profession, a heroic cadre committed to neutral and disinterested reporting of “the facts.” But the unhinged hysteria peddled by legacy corporate media make those aspirations beyond risible.

Need I give examples? There are the claims that conservatives somehow represent a fascist threat to the republic. There was the embarrassing media credulity over Russiagate and the Steele dossier and the obviously politically motivated coverage of the Russian-Taliban bounties story. There was the nonstop frenzy over Covid-19, much of aimed at depicting Trump and the GOP as anti-science incompetents. That mania included endorsing unnecessary school closures and national lockdowns, while simultaneously excusing large-scale demonstrations because “racism is a dire health threat.”

The media blatantly refused to report on the Hunter Biden laptop controversy during the 2020 election. They relaxed their standards in reporting on the sexual assault allegations against now-Supreme Court Justice Brett Kavanaugh. The WaPo settled with a Kentucky teenager for its specious coverage of him and his friends at the March for Life, which, of course, was aimed at denigrating both the pro-life movement and “entitled” white males.

We all know legacy corporate media carries water for the Democratic Party, and has for many years. Sullivan herself earlier this year articulated how critical it was for the media to refuse to refer to the pro-life movement by its own name, instead labeling them “anti-abortion.” But the list is long: from anti-racism to transgenderism to climate change alarmism, journalists follow a careful script in what they cover and how they report on it.

Yet Sullivan and her ilk have the gall to declare themselves “dedicated truth-tellers.” When they are confronted with evidence like that supplied above, they complain about Fox News and demand it be held accountable for its partisanship. Perhaps the most alarming thing is that they clearly can’t perceive their own duplicity and discrimination. It’s startlingly clear that the journalistic establishment truly and honestly believes they are God’s gift to the republic. They alone can resist our descent into fascism and Fox Newspeak. “Democracy Dies in Darkness,” declares the Washington Post, with no intended hint of irony.

Establishment media have so fully embraced their savior complex that their easily discernible failures and double standards have no perceivable effect on them. The industry lacks self-awareness, dominated as it is by narcissists. But readers of the Spectator already know this. The Washington Post’s defense of the indefensible Taylor Lorenz — which was expertly covered here — is proof not only of the paper’s unprofessionalism, but its capitulation to ideologues who are incapable of representing anything fairly except their own political preferences and peccadilloes.

Margaret Sullivan ends her journalism career by appealing to her newsroom allies to keep up the good fight. Given that the next generation is not only taking up the standard but pursuing a progressive strategy of total war against all perceived enemies, things don’t look bright for the future of journalism. But I do wish Sullivan well in her new position at Duke. 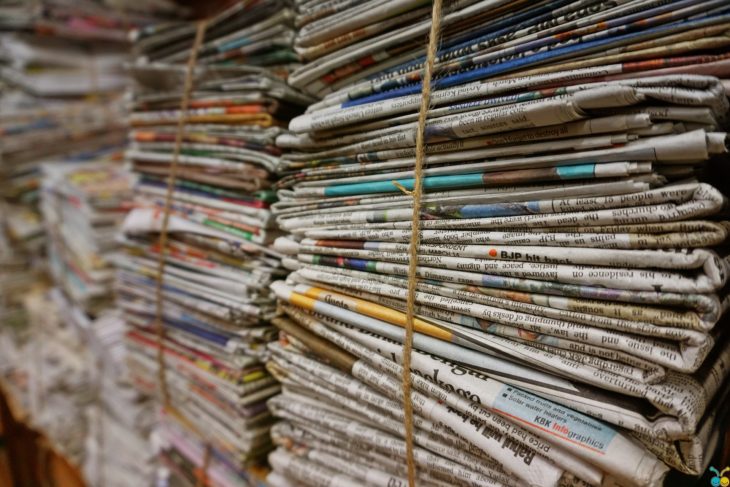 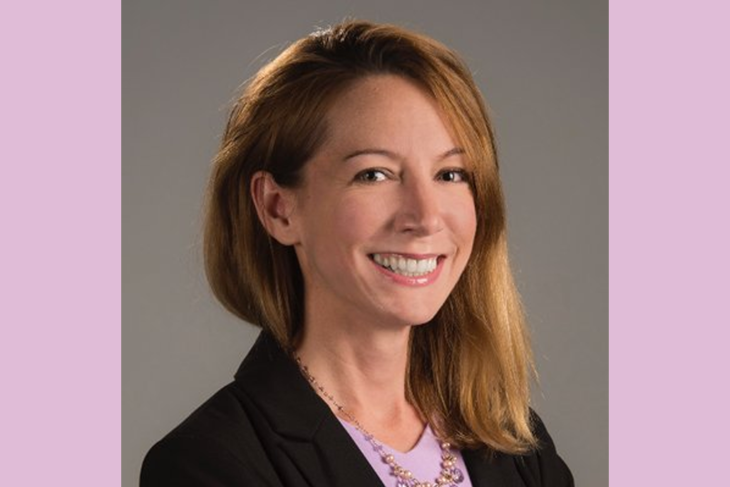