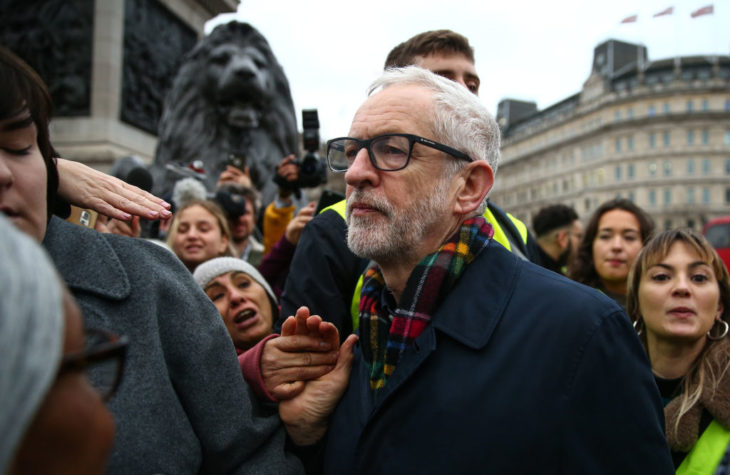 On Thursday the supposedly resurgent Labour party lost control of Brighton and Hove, one of its few centers of power in southern England, because of the endemic anti-Semitism on the left. The fate of the local Labour group shows in microcosm the problem facing the Labour leadership nationally as it struggles to pull the party away from being the natural home for creeps and conspiracy theorists.There are just so many of them. And they will give up anything before they give up their fantasies of supernatural Jewish power.Take Brighton and Hove, where the Greens have...

On Thursday the supposedly resurgent Labour party lost control of Brighton and Hove, one of its few centers of power in southern England, because of the endemic anti-Semitism on the left. The fate of the local Labour group shows in microcosm the problem facing the Labour leadership nationally as it struggles to pull the party away from being the natural home for creeps and conspiracy theorists.

There are just so many of them. And they will give up anything before they give up their fantasies of supernatural Jewish power.

Take Brighton and Hove, where the Greens have just assumed leadership of the council, as anti-Semitism allegations shrunk the Labour ranks. Councillor Nikki Brennan resigned after a picture emerged of her condemning Israel as a ‘racist apartheid state,’ which I would say is a point of view that may become a statement of fact if Benjamin Netanyahu annexes parts of the West Bank and refuses to give Palestinians under his control the rights of full Israeli citizens. Fair enough, you may think. But then she added her opposition to the International Holocaust Remembrance Alliance’s definition of anti-Semitism.

That’s the way it always goes on the left. You start by opposing the policies of the Israeli right, and end by refusing to accept that anti-Semitism, as a fascistic obsession with Jews as a unique and uniquely powerful source of evil, even exists.

True to form, when she was reported for anti-Jewish racism Brennan declared that she would not ‘bow down to white supremacy,’ as if she were fighting Donald Trump and the Ku Klux Klan rather than frightened Sussex Jews, who have seen racism explode in a party they once regarded as a friend and ally. Such is the mentality that leads to Labour activists blaming the killing of George Floyd on US cops learning their tactics from Israel. No evil can exist in the world without the collaboration of Jews.

Also out of Labour is councillor Kate Knight, who resigned after being investigated for anti-Semitism, and councillor Anne Pissaridou, who resigned after posting trash from a conspiracy site about the Rothschilds controlling the economy. Beyond them lie dozens of Momentum supporters who have been suspended and expelled from Brighton and Hove Labour party and in nearly every case their Jew fixation is at the root of it.

Perhaps some began as decent people who supported the far left for honorable reasons. They could not accept that they had committed to a movement that was riddled with racism. So they denied it. Or explained it away by saying that accusations of anti-Semitism were a Jewish conspiracy to destroy the left. I have seen that happen among people I once regarded as friends. The act of denying anti-Semitism turned them into anti-Semites. The ground was prepared for them years ago. For a generation, not only the far left but the liberal-left and pro-Palestinian campaign groups failed to draw a dividing line and say what is and what is not anti-Jewish hatred. In the vacuum, medieval hatreds and superstitions have flourished like poisonous weeds in a graveyard.

One Labour activist, who is trying to clean up the Brighton party, told me that when she goes on local leftwing Facebook groups she sees dozens of posts about Israel and hardly any about the National Health Service. Peter Kyle, the Labour MP for Hove, speaks with a grim resolution about rebuilding the party from the bottom up. Unless it is done, he says, it will never win again or deserve to win again.

Nationally the breakdown of trust with Jews has left Labour facing potentially catastrophic legal bills. You got a taste of the toxic legacy Corbyn bequeathed his party this week when it had to pay damages and hundreds of thousands of pounds in legal costs to John Ware of Panorama and former Labour officials, who told the BBC last year how Corbyn’s Labour was failing to confront racism. At the time, Corbyn’s Labour accused Ware of ‘deliberate and malicious misrepresentations’ and said much the same about the whistleblowers. Keir Starmer has been left with the bill. Corbyn, of course, would not accept Labour’s apology and called it a political rather than a legal decision. In all likelihood, Ware and the whistleblowers will announce they are suing him on Monday. Hundreds of left wingers have donated over £100,000 ($128,000) to a crowd funding appeal to cover Corbyn’s legal costs. They appear to believe that if the case went to court a meticulous, fact-checked Panorama documentary, which offered the far left the right to reply to every criticism made of it, would be exposed as a pack of lies.

Good luck with that.

Meanwhile there are dozens of legal actions stemming from an 850-page report the Corbyn faction wrote to justify itself while it still controlled the party. I’ve read the whole thing and it is a mishmash of confidential emails and WhatsApp messages the Corbynites strung together to imply that Labour officials opposed to Corbyn deliberately scuppered investigations into anti-Semitism to make the saintly leader look bad.

Names are not redacted. Privacy is not respected. When I first spoke to lawyers representing the maligned officials they wondered if they could sue the Labour party over an internal report. Perhaps they could only sue whoever leaked it to the press. It turns out they can sue Labour. Teams of solicitors are now involved in preparing multiple actions for libel, breach of data privacy and misuse of private information for about 40 clients. The costs to Labour could run into millions of pounds. So devastating are the potential losses, the Telegraph quoted one unnamed Labour frontbencher predicting they could bankrupt the party.

Corbyn and his comrades were not content to lead Labour to its worst defeat since 1935. They have left the party a legacy of booby traps that are exploding under it as it tries to rebuild from the wreckage. 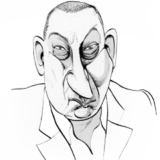