Why are our journalists enabling an authoritarian ethnostate? 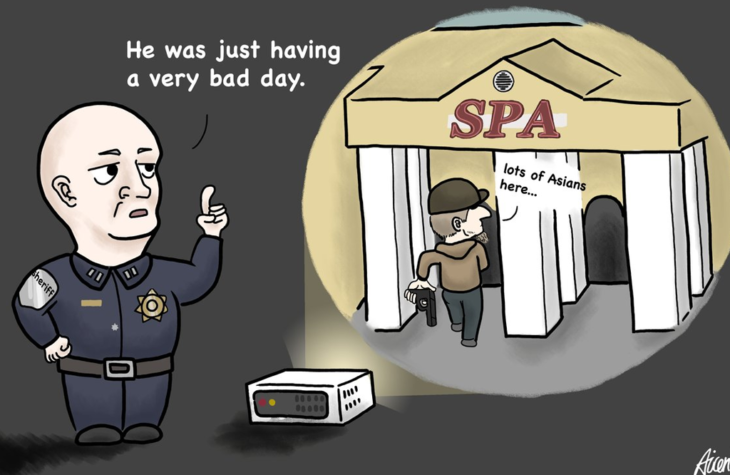 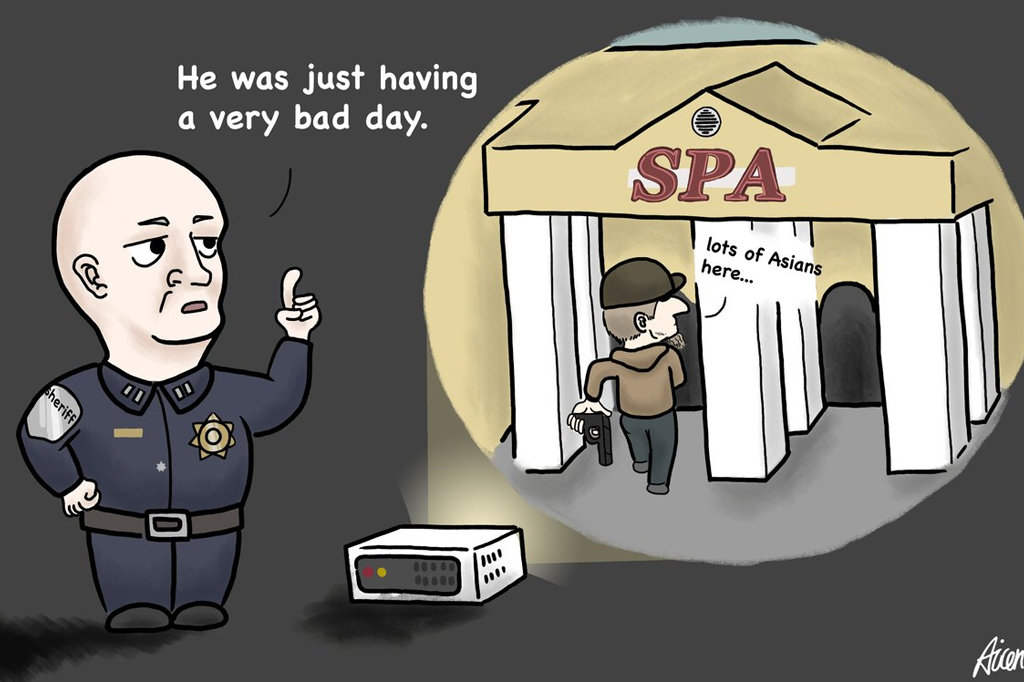 There was a shooting spree at several massage parlors outside of Atlanta last week. The killer confessed in custody that his motivation was a combination of religious guilt and sex addiction. But the American media used the occasion to push a race-based explanation for the killings — an explanation that no investigators, including the FBI, have been able to prove thus far. By any and all factual indications, this was not a crime based on the victims’ race, but their occupation.

American reporters ignore all that. Instead they sensationalize for a social-media audience of woke identitarians...

There was a shooting spree at several massage parlors outside of Atlanta last week. The killer confessed in custody that his motivation was a combination of religious guilt and sex addiction. But the American media used the occasion to push a race-based explanation for the killings — an explanation that no investigators, including the FBI, have been able to prove thus far. By any and all factual indications, this was not a crime based on the victims’ race, but their occupation.

American reporters ignore all that. Instead they sensationalize for a social-media audience of woke identitarians — and now the Chinese Communist party is getting in on the act. The CCP is employing the same talking points via their state media outlets as we see in our ‘free’ ones. The activist bent of our media empowers China to deflect blame on everything from their gross abusive treatment of the Uighurs in Xinjiang to the global pandemic.

As Andrew Sullivan noted on his Substack, since the tragic shooting last week the New York Times has run nine stories centered on race and white supremacy. The Washington Post has run 16. Last week, Vox journalist and overall Worst Account on Twitter Aaron Rupar tweeted out a quote from a police spokesman about the shooting that was taken wildly out of context. Xinhua News Agency, a state-run media outlet in China (aren’t they all) used Rupar’s tweet to jump on the Twitter hashtag #StopAAPIHate and #FightRacism.

Aaron Rupar posted a 20 second clip of an Atlanta police captain, claiming he was making excuses for the shooter.

It went viral with 10.4 million views.

Full context of the video shows that the officer was explaining what the shooter was telling investigators, not excusing him pic.twitter.com/nx5ouCF6Gs

8 lives taken, 6 of them Asian. And the killer was just "having a bad day"! #StopAAPIHate #FightRacism pic.twitter.com/rL0DQ8AIK4

Peter Beinart of the New York Times used his Substack to write a post titled ‘Stop Fueling Panic About China’, suggesting that criticism of China’s cover-up of the COVID-19 pandemic, plus their human rights abuses and threats to neighboring countries such as Taiwan, is what is causing the rise of attacks on Asian Americans. Beinart writes, ‘if America’s leaders are serious about combating anti-Asian violence, they must do more than condemn it. They must stop exaggerating the danger that the Chinese government poses.’ He considers concern about China to be a form of mass paranoia. Beinart continues, ‘if American politicians talk only about China’s power and belligerence without also reminding Americans that Beijing’s military budget is a fraction of America’s, that China has good relations with major democracies, and that China has waged far fewer wars in recent decades than has the United States, they will be contributing to the kind of hysterical fear that over the last century has victimized vulnerable Americans again and again.’

With all the media finger-wagging recently over Substack offering certain writers a paid advance, you have to wonder if the CCP slipped Substack a few million yuan for Beinart’s. Beinart did not, because he could not, offer any data that indicates physical attacks on Asian Americans by assailants of different races and backgrounds are a direct result of criticism of China’s actions in Xinjiang.

Chinese officials used the anti-Asian violence theme to hammer President Biden’s State Department team during face-to-face meetings with Chinese officials in Anchorage last Thursday: ‘We don’t believe in invading through use of force, topple other regimes, massacre people of other countries… Important for the US to change its own image… Many people in US have little confidence in US democracy…’

This is not the first time that the CCP has leveraged a mainstream media campaign in America to deflect from their own abuses. Chinese foreign ministry spokesman Zhao Lijian accused the United States of double standards last year: he compared Hong Kong pro-democracy protesters to antifa attempting to burn down a federal courthouse in Portland.

Last February as COVID-19 hit the United States, the American media no problem labeling it the ‘Wuhan coronavirus’. Now the same people claim the phrase is racist xenophobia which leads to hate crimes and even mass shootings against Asian Americans. How convenient that they stopped using this terminology in March 2020 once China objected to its usage to then-secretary of state Mike Pompeo. Mainstream US outlets fell in line almost instantly.

Don’t expect the American media to cease its activist storytelling in the name of social justice and critical race theory anytime soon. The result? Either purposefully or unwittingly, the American punditocracy is enabling an authoritarian ethnostate and providing it cover for its atrocious abuses against the Uighurs as well as continuing to deceive the world for causing a global pandemic. 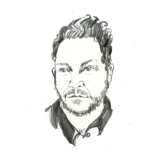