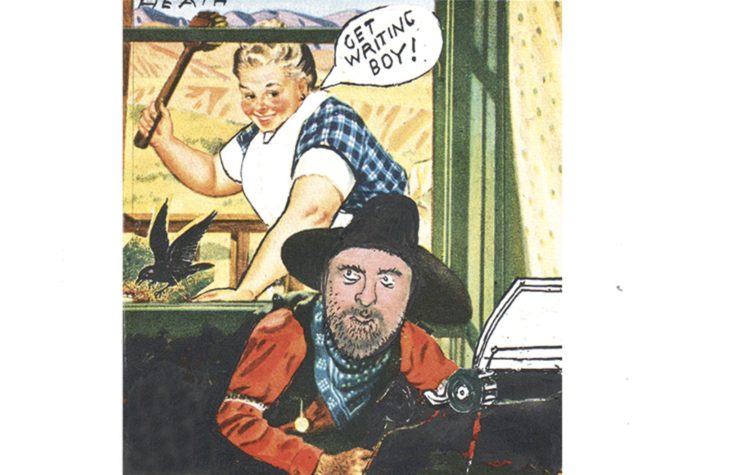 Austin
My first Independence Day in the US for many years. Usually I’d be in Paris avoiding Texas heat. My wife and I are self-isolating with much more square feet and wildlife to enjoy. Our garden is lush and green, full of flowers, owls, hawks, possums, squirrels, skunks, armadillos and snakes. Recent wild fires drove more animals into town. Joyously athletic with the recklessness of youth, squirrels and redbirds chase each other through our oaks and pecans and it’s pretty good to sit on the front porch with a cooling drink and the rich scent of...

My first Independence Day in the US for many years. Usually I’d be in Paris avoiding Texas heat. My wife and I are self-isolating with much more square feet and wildlife to enjoy. Our garden is lush and green, full of flowers, owls, hawks, possums, squirrels, skunks, armadillos and snakes. Recent wild fires drove more animals into town. Joyously athletic with the recklessness of youth, squirrels and redbirds chase each other through our oaks and pecans and it’s pretty good to sit on the front porch with a cooling drink and the rich scent of magnolias in the evening air. The young hawks are in heaven. They have discovered our bird feeders. We have become very defensive of our bluejays, cardinals, chickadees, wrens, woodpeckers, mockingbirds and others. We are obsessed with their defense, constantly running outside with supersoakers, hosepipes, cap pistols, clapping and even the occasional angry screech. The hawk knows about the pack rats (actually large mice) who now live in my office walls and attic, coming out for the seed which falls from our feeders. Brown and white, they are clean and cute as tame mice and are expert tree-climbing acrobats, like squirrels. They bound, tiny Tarzans, through the branches of the mock orange which gives shade against our den window. They, too, are part of our family unit, certainly as far as the cats know. They evidently think that once you’ve established a home in our ramshackle old place (it’s almost as old as Texas), you’re a legal immigrant.

Like most people we’ve gone a little barmy recently. A couple of days ago Mrs Mouse was packing her cheeks to take food for her three young. She’d found a quicker way to come and go from the house over an exposed porch. Suddenly the hawk swooped. We thought Mrs M flung herself groundwards and we hoped the hawk was disappointed. Was she dead? Activity in the walls of the den ceased. But today they were all out eating. They have moved to a safer place in our rambling residence but the hawk still threatens. Now I’m worrying whether the runt is eating enough. At this rate, I’ll be sitting on the porch in my rocker, like Lillian Gish in The Night of the Hunter, health, sleep and hygiene ignored, work neglected, with a Winchester SXP over my knee, staring into darkness.

As big city hospitals in Texas announce saturation, Coloradans are thinking of closing their borders to Texans driving in to buy weed and spreading the virus as they come. There are even indications that Gov. Abbott, a keen Trump follower, will lose his job to a Democrat and Texas will send a motorbike-riding, ex-military, tough-talking woman Democrat to the Senate. Meanwhile, it’s nice that some Republican elders are openly resisting Trump as his numbers decline and their willingness to compromise fades. He flouts all the old Republican values. Trump can’t lie the virus away and his followers are confused. He must long for the time when those rallies were about bragging and spin.

You can tell you’ve been locked down in Texas for too long. You stop worrying if the Pink Death will kill us with appalling suffering. You become deeply concerned with the import of Frank Cooper’s Oxford marmalade. I know I should be thinking of more serious matters, but it really would ruin my morning to give up my pot of Assam, buttered toast and a generous spread of Vintage Oxford.

I learn that I’m not the only writer who for a long part of the lockdown was unable to focus on work. You’d think we’d leap at the chance for so much peace and quiet. Yet working has become much harder. Meanwhile, Iain Sinclair tells me the second-hand book trade is desperate for stock. I’m tempted to sell my library. Musician friends are giving Zoom concerts from their back porches. In the South, bands often consist of family members all self-quarantining, so they can give a pretty good concert without breaking the rules. Not that my friend Sean is particularly happy. He was on our last album. He has his own band. No gigs. A computer whiz. No customers. No income. In his weekly Zoom broadcast with his son and with his drummer socially distanced (as most drummers are by nature), he complains acidly about the government lockdown, quotes the First Amendment. But he gives a great show. His worldwide audience offers appreciation via PayPal.

We spoke to an old friend in Mississippi, the main breadwinner of her family. She currently works as a hotel house manager. Her husband and girl are laid off. Relatives have COVID-19. Her unemployment is $70 for two weeks! Her job is reduced to two days a week and she can’t take a far better job offered in Tupelo because the family truck is in bad shape. Faulkner’s South, sadly, lives on. Today, however, the riots, iconoclasm and violence are distant and there is no evidence that this extraordinary nation is ablaze with revolution or civil war. Meanwhile, the mournful howl of the train breaks the quiet and once the house shakes from a rap fan’s passing radio. Then it’s quiet again. A soft breeze stirs the magnolias, enveloping us in sweetness. The sound of traffic fades from across the river. We’re rocking gently. We have cool glasses in our hands, a cap gun handy and a family of mice to defend.