Hollywood has a crush on female cannibals

What’s behind the industry’s obsession with a new kind of flesh-eater? 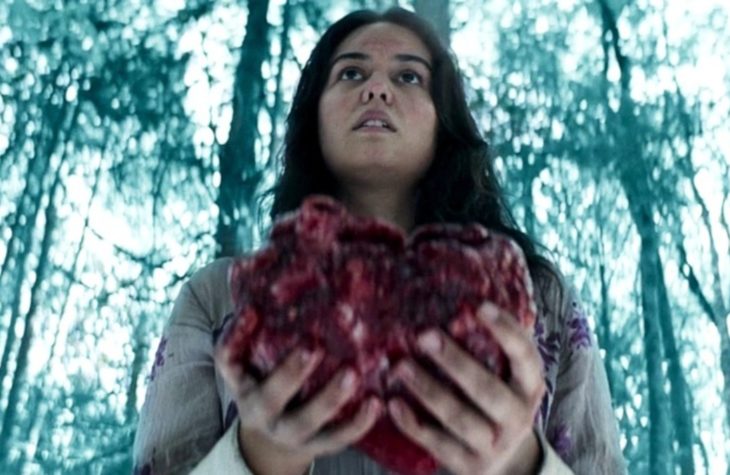 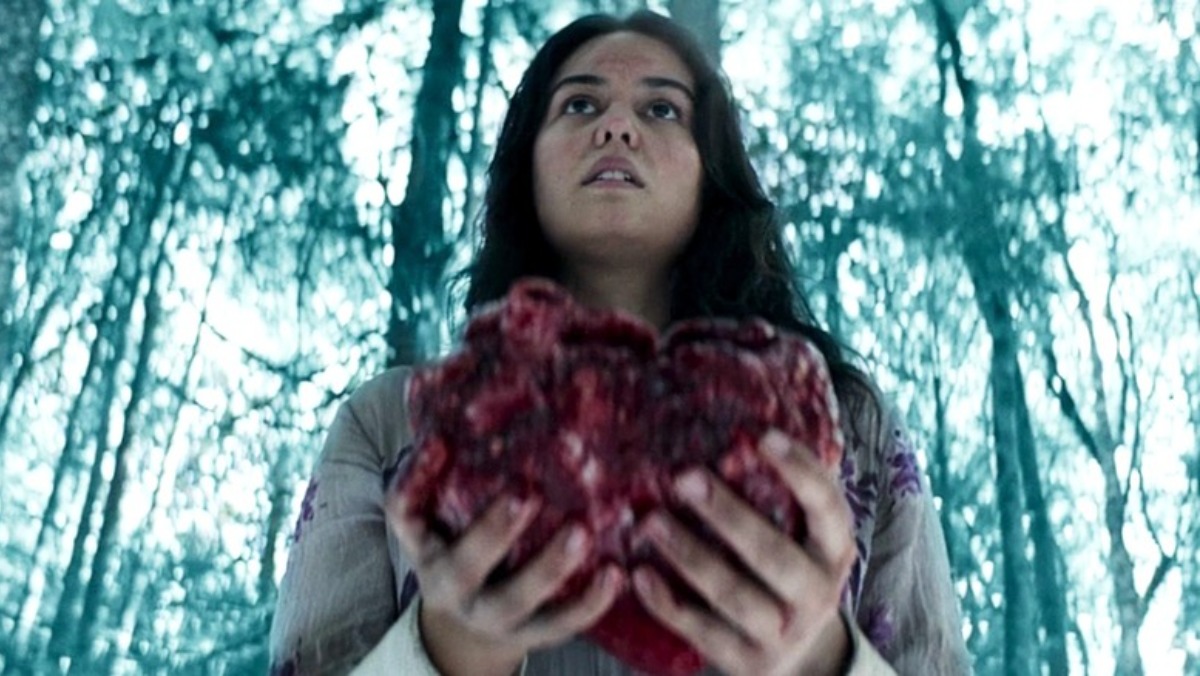 Hollywood has a crush on female cannibals

With Gen Z crush Timothée Chalamet starring, Bones and All is the most anticipated in a recent spate of films taking on the greatest taboo of all: cannibalism.

In March, we had the darkly comic Fresh, which parodied the grim state of modern dating as a cannibalistic meat market. Fresh followed Julia Ducournau’s coming-of-age horror Raw, about a woman starting at veterinary school and discovering a taste for flesh. Then came the meme-friendly Yellowjackets, a Showtime series about a girls’ soccer team stranded in the Canadian mountains, with the survivors some twenty-five years on haunted by...

With Gen Z crush Timothée Chalamet starring, Bones and All is the most anticipated in a recent spate of films taking on the greatest taboo of all: cannibalism.

In March, we had the darkly comic Fresh, which parodied the grim state of modern dating as a cannibalistic meat market. Fresh followed Julia Ducournau’s coming-of-age horror Raw, about a woman starting at veterinary school and discovering a taste for flesh. Then came the meme-friendly Yellowjackets, a Showtime series about a girls’ soccer team stranded in the Canadian mountains, with the survivors some twenty-five years on haunted by what really happened in the wilderness. In flashbacks accompanied by a ‘90s soundtrack of Portishead and Tori Amos, we see strange totemic symbols, bloodied snow and snatches of a savage cannibalistic sacrifice. 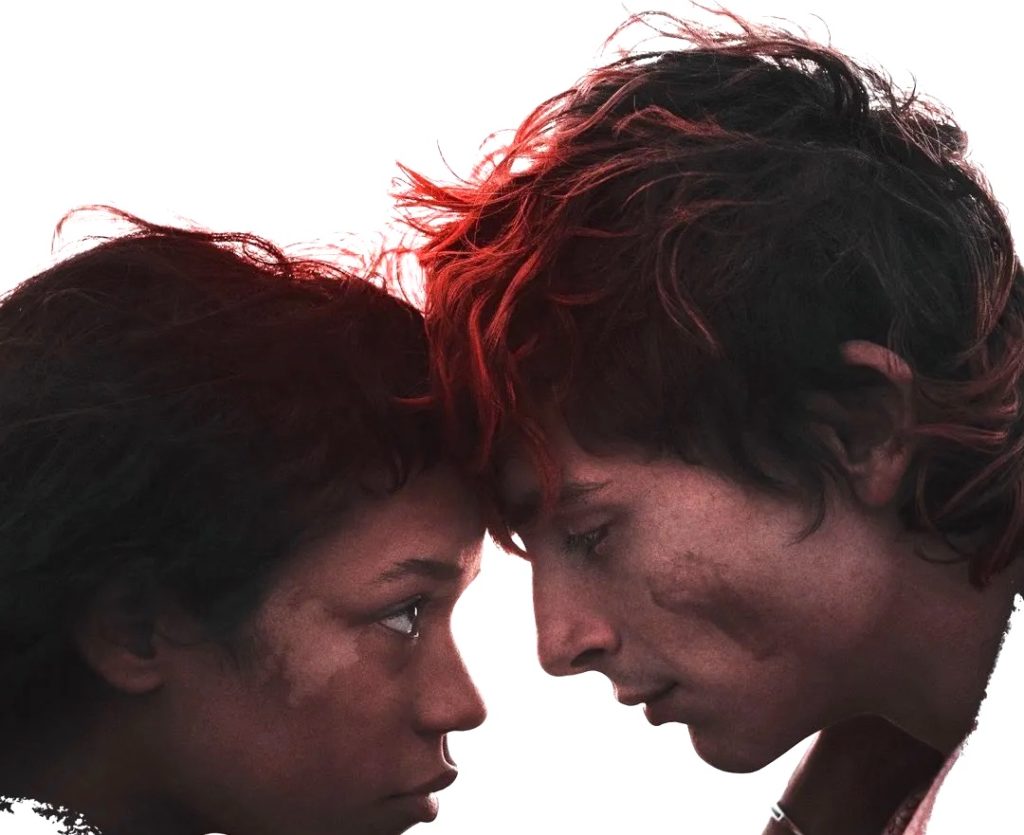 Perverse appetites and urgent bodily lusts are classic gothic fare, as well as familiar fodder for the YA canon. On the face of it, the cannibal is the natural evolution of the vampire and zombie obsession that dominated the early ‘00s. But with those genres drained of their appeal, writers have begun to explore fresh ways to depict familiar ideas about alienation, lust and gender — especially gender, as Hollywood’s new cannibal is often a woman. 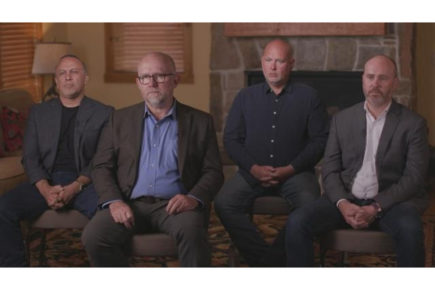 Showtime lets the Lincoln Project off the hook

Chalamet might be the star billing in Bones and All, but it’s Marin’s story (played with impressive subtlety by Taylor Russell). The whiny, egoistic predator in Fresh is ultimately outgunned by righteous female rage. Chelsea G. Summers’s 2020 novel A Certain Hunger introduces the most exuberant female cannibal of all, a New York food writer who gleefully turns to murder to indulge her taste in men, slicing off a lover’s buttocks to roast with caramelized shallots and a Bordeaux reduction.

Far from the ingenue in a nightdress, seductive vamp, or plucky “final girl” of horror, the new cannibal seethes with bloodlust. We see her in coming-of-age horrors like Wilding and Let the Right One In, whose teen protagonists develop a feral hunger for flesh. Her lineage is Jennifer’s Body by way of Ginger Snaps, with Carrie a beloved aunt. But in her most mature form, the new cannibal has no gloss of the supernatural. There’s no transformation, no monster within. She’s not a zombie or werewolf. She’s just hungry. 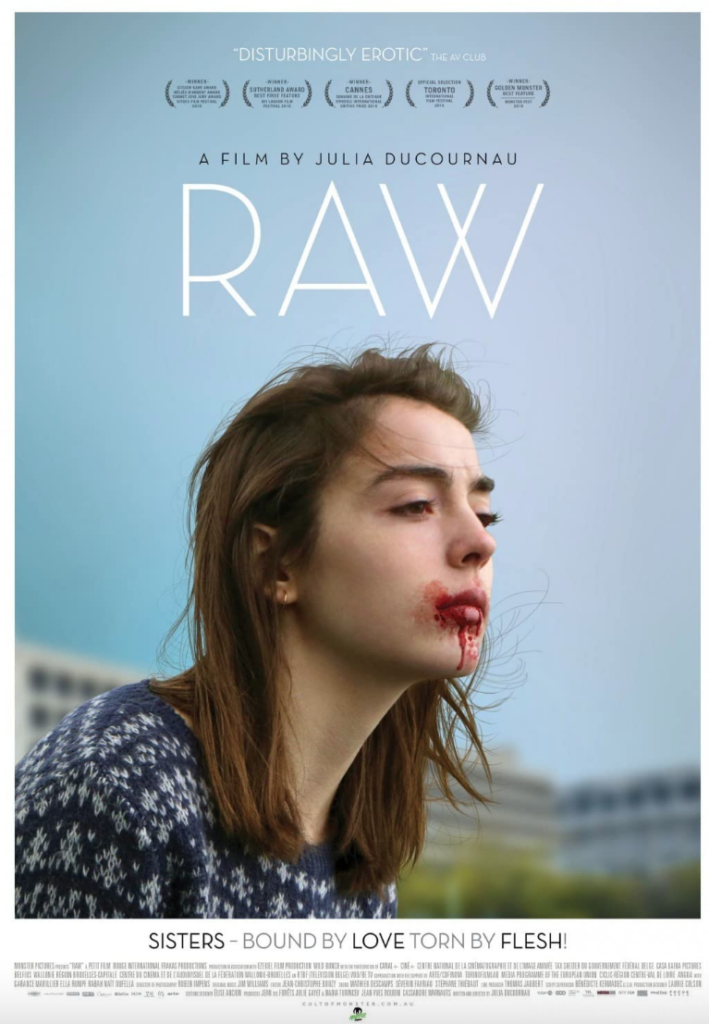 So where does Hollywood’s craving for flesh come from? A smattering of B-movies in the ‘70s featured cannibalistic tribes. The Hills Have Eyes (1977) reimagined a clan of savage cannibals as the monsters of rural America. Hollywood would mainstream the cannibal in 1991’s The Silence of the Lambs, introducing the world to the sophisticated and uncomfortably amusing Hannibal Lecter. Cannibalism was no longer a savage survival story; a new (and more refined) kind of monster was born.

A few things have changed since Hannibal Lecter. For one, there’s a greater appetite for women-led projects and female-centered stories. Prestige TV paved the way for slow-burning ensemble dramas like Yellowjackets, true crime, and in theaters, grisly body horror continues to fill seats. The pandemic widened the gap between the profitability of horror films and other genres, as horror is still the cheapest to produce.

It’s also no coincidence that cannibals should emerge in concert with more people embracing veganism. Bones and All author Camille DeAngelis notes how humanity is “devouring the planet,” and attributes the public interest to cannibal stories with a “deep-seated disease over flesh-eating.”

“My theory is that we’re continually thrilled by vampires, zombies, and cannibals because these stories give us space to manage our subliminal anxiety about being predators-by-proxy,” says DeAngelis.

Agustinam Bazterrica’s 2020 novel Tender is the Flesh takes this idea further, imagining a future where humans are farmed for meat (a chilling critique of factory farming).

But it is the emergence of the female cannibal that speaks of the cultural moment we are in. “It’s the ultimate taboo,” says Professor Catherine Spooner, who has written extensively on gothic literature and film. She notes the resonance with the restrictions traditionally placed on women’s appetites, the fraught state of sexual politics and debates over reproductive rights. 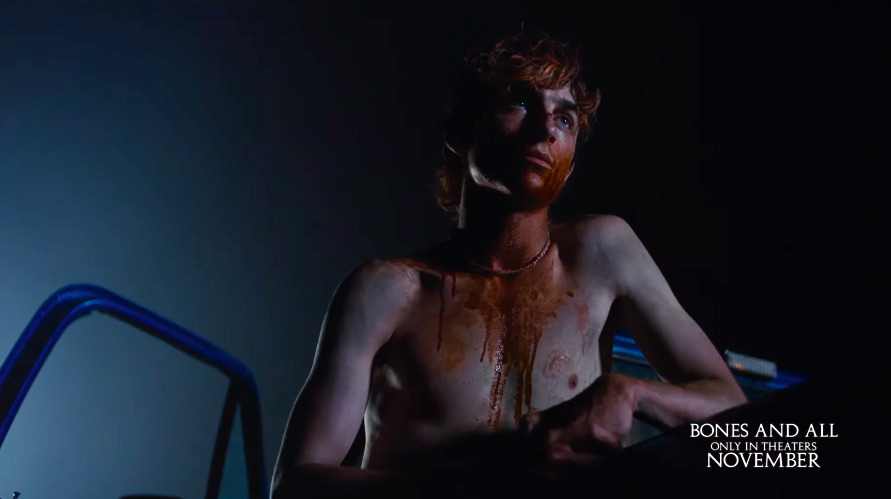 Timothée Chalamet covered in blood (Bones and All / Metro-Goldwyn-Mayer)

The author of A Certain Hunger, Chelsea G. Summers, who writes under a pseudonym, agrees that female cannibals seem to upturn “our usual place on the food chain.”

Alongside the horror, there is undoubtedly a touch of wish-fulfillment in the man-eating. The role reversal supplants the victim narrative. The savagery repels the male gaze.

Protagonist Dorothy is, in Summers’s words, a “likable horror show” who takes enormous, epicurean pleasure feasting upon her various lovers. Both DeAngelis and Summers describe writing their novels as “cathartic,” citing anger and heartbreak as inspirations for narrative. “Monsters are metaphors that you get to project or use to replace your discomforting urges and desires,” Summers notes.

Despite, or perhaps because of this, the female cannibal is defiantly ambivalent. For all her rebellion, she exemplifies a kind of rampant consumerism. Dorothy is no “heroine” or “role model,” Summers insists, but rather symbolizes a certain brand of “self-serving” feminism.

“Representations of female cannibals are not necessarily feminist,” explains Professor Catherine Spooner. “They may express female rage and resistance, but they may also be reactionary, implying women’s inherent monstrosity,” or even, she suggests, “both at the same time.”

Feral, unapologetic and indifferent to our affections, the new cannibal exposes our appetite for transgression. In recent years, puritanical origin stories have reduced villains to victims, while fawning biopics have whitewashed the past. But we need our monsters — to fear, denounce, find some secret sympathy for, and, in the safety of the screen or the page, share a little in their bloodlust.